The word blockchain is invariably synonymous to cryptocurrency, finance and digital ledgers. This makes sense, after all blockchain is the heart of the Bitcoin technology, which is steadily redefining the concept of currency in the present days. It is relevant mentioning here that blockchain is much more potential than redefining the currency and can cater to the needs of other industrial sectors as well.

According to the experts at a leading cryptocurrency marketing agency in London one of the most promising areas for blockchain is the marketing and advertising sector. Protocols based on blockchain are capable to change the very approach in which online ads are now purchased, measured, delivered and assigned values with. Moreover, it can also facilitate accurate data on the aspect of ad tracking and delivering an overall better return.

To cut a long story short, blockchain can make substantial contribution to the ad and marketing industry in four major ways. Let’s explore those possibilities in the following paragraphs.

Online advertising has a severe handicap - it’s practically impossible to know whether the stats are genuine. While counting clicks to your site do you count the users alone? Can you be assured that while counting you’re not including the bots or “hired clickers”? These hired clickers or bots artificially (and unethically) inflate ad stats to make sure the ad distributers take home a higher amount of money than they deserve. The same goes while counting your followers on Instagram. Unfortunately, the truth is almost undecipherable and no one can come up with the authentic reply. According to a brief estimate, these bots caused the companies an overpayment of US$ 7 billion back in the financial year 2016-2017.

With the introduction of blockchain, all the obscurity mentioned above is going to get removed for once and for all. Only because, blockchain is thoroughly transparent and encrypted, attempts to inflate online ad stats will not work anymore and companies can save millions from being robbed by unethical ad distributers.

Blockchain – on the other hand – is powerful enough to shake up the entire market so well that businesses will pay their target audience directly for watching their ads. Thus, the conventional process of ad buying will turn obsolete and the middlemen will be shaken off the ad trail. As a part of the blockchain marketing strategy, businesses will use micro-currencies to capture the attention of the actual audience. Moreover, blockchain will enable them to assure the objective is achieved before the currency changes hands. Thus, to sum up everything in one line, it can be said that blockchain will allow businesses spending in a smarter way than before while connecting directly with the potential buyers.

Before blockchain came into existence, it was almost customary for advertisers to seek information about the customers from different and disparate sources. One source will tell about their salary, another will reveal their gender and age, a third will tell the kind of car each of them love to drive and so forth. Blockchain will empower advertisers to build a comprehensive customer profile. They can now collect all the information directly from the customers and store all the necessary data in the blockchain. This way, businesses will be at greater ease to cater to customers’ requirements.

You spend thousands of your hard-earned money on a fancy watch and it turns out to be counterfeit. Unfortunately, this happens quite often. Digital ledger system in blockchain ensures tamper-proof transparency of every product placed in the supply chain. Thus, it makes easier for a potential customer to know every relevant detail about any item. This way the customer can easily save himself from getting into a lousy deal. It also enhances customer experience beyond the level of expectations.

Yes, blockchain is powerful enough to bring about drastic changes in the world on many aspects. But most importantly, a blockchain marketing agency can certainly redefine the marketing approach for your business beyond the ways you ever dared to dream. The technology of blockchain and digital ledger is here to stay. As a smart business move, you should better switch over to this cutting-edge technology before it’s too late. 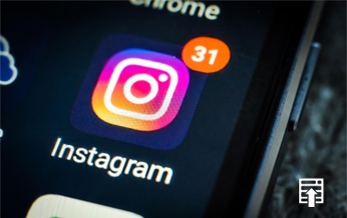